Why does my slip knot stitch get stuck when I stitch the first row?

I've been knitting for quite a time now but all of a sudden it's like I've forgotten.
When I cast on, I do the one where you wrap the yarn around your index finger and just slip the needle through.
I've tried doing this with other cast on methods but it still doesn't work
So when I stitch the first row.:
Problem no1. The length between the two needles increases somehow
Problem no2. Because of this, when I stitch the last stich on the first row (the slip knot one) it gets stuck.
Problem no3. Also my second row stitches weird like sometimes there is not distance between the two needles and it just looks and feels weird.

This is really annoying because it is stopping me from knitting and I have a lot of project. 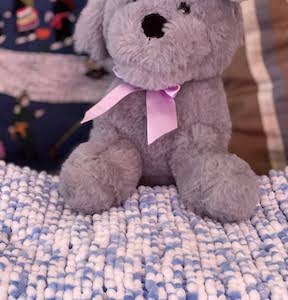