Pretty Bookmark - Knit One For You, Knit Two For Friends And Make It Again And Again.

I wanted to knit a book mark but I didn't want it to look too plain.  So, I found a nice triangular, lacy design to add to it.  I made up the diamond shape to go on the top so that it won't feel so empty.  I like the end result. It looks to me like a flower stalk with layers of leaves spreading out on both sides.  It's pretty, I think.

I used left over baby yarn which makes the bookmark quite soft and pliable.  I was thinking about spraying it with starch and iron it to make it more stiff. Have to get that starch! 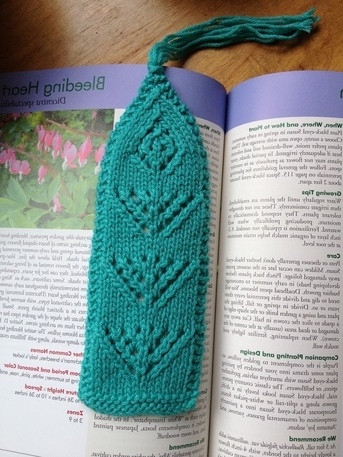 My pretty bookmark in a lacy pattern

Here is the pattern for the pretty bookmark

- A medium crochet hook for attaching a tassel.

Attach tassels to the narrow end of the bookmark.

How to make a tassel:

Cut 4-5 12-inches strips of yarn.  Lay them together in bundle.  Use a crochet hook to pull the center of the strips through an area where you want to tassel attached.  Pull the yarn so that you have a big enough loop to pull all the ends through by hand.  Adjust and pull it tight as you like and you're done.

Hope you enjoy this bookmark pattern! 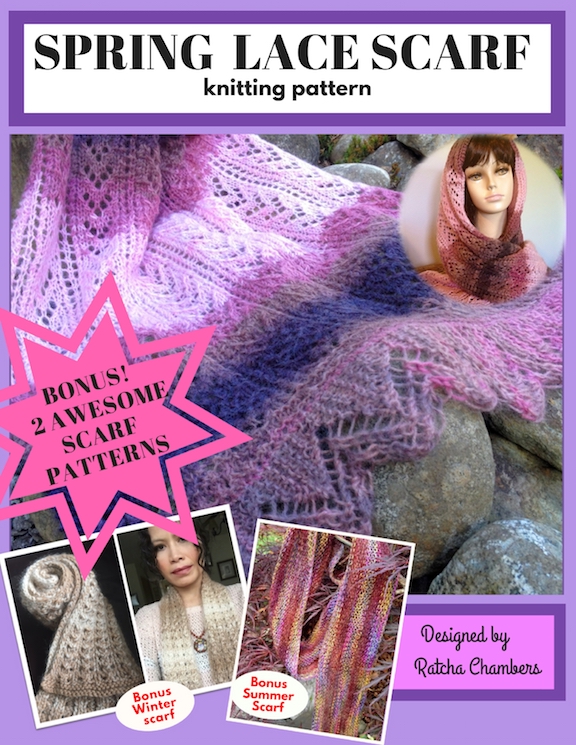 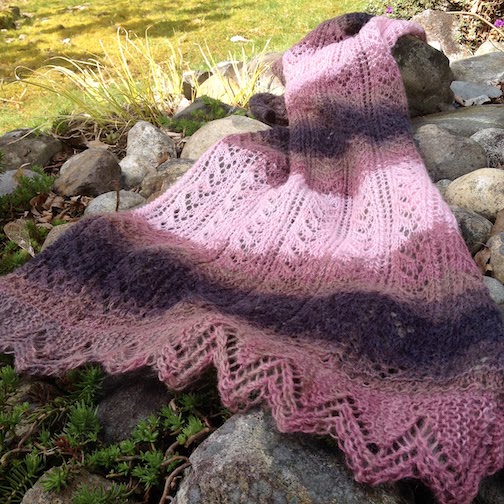